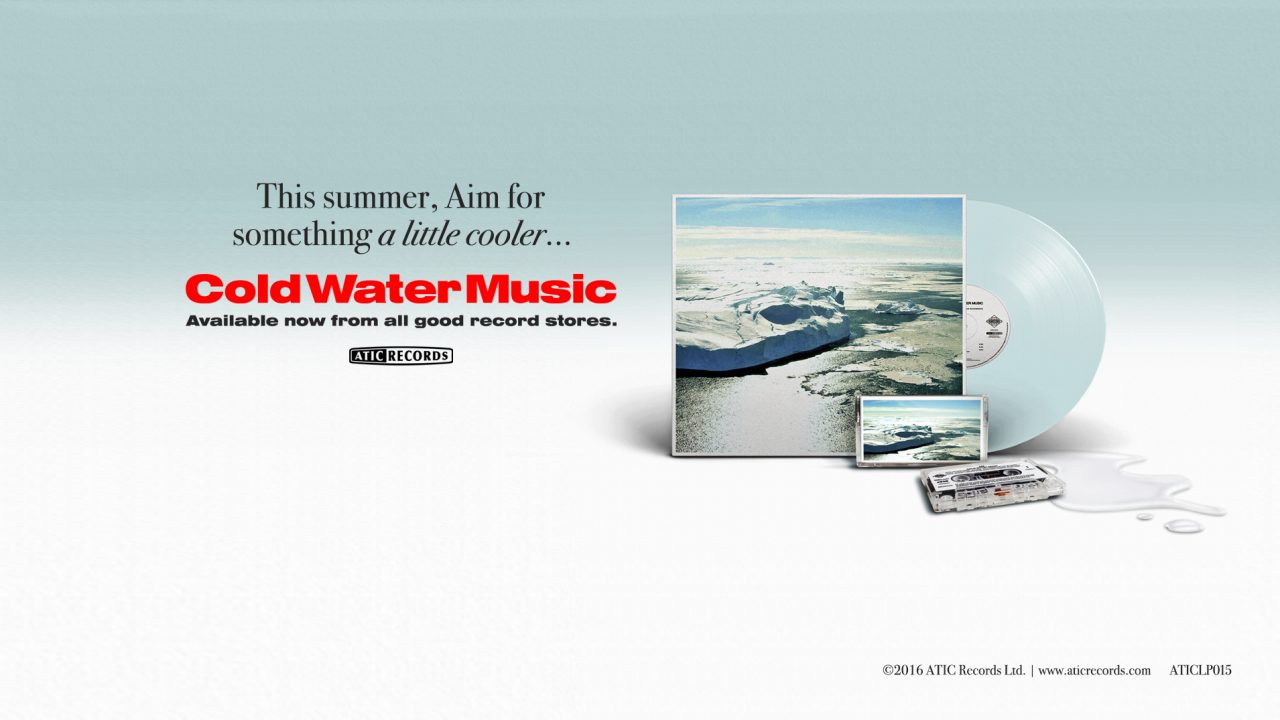 Aim‘s remastered reissue of classic debut album Cold Water Music is OUT NOW! Formats include ice blue vinyl, cassette and digital. When Aim’s Cold Water Music debuted in 1999 it was an underground sensation. Preceded by a string of well received 12”s and EP’s the album was eagerly anticipated and Aim delivered in a big way, elevating his trademark sound to new heights with a collection of uplifting cinematic soundscapes, dark jazz fuelled breaks and hard hitting hip-hop beats (featuring guest rap legends QNC, AG and YZ). Uniquely, there was a sense of nostalgic sentimentality running through the record and the whole thing was underpinned by a musicality often missing in sample based production. Pushed on by organic, word-of-mouth promotion and the success of the Aim Live band that sold out Shepherds Bush Empire and smashed Glastonbury’s Jazz World stage in 2007, Cold Water Music went on to shift over 100,000 units and is now seen as a ground-breaking, genre defining UK classic that has inspired legions of bedroom beat-makers.

The original vinyl pressing sold out within weeks of it’s release making it a sought after collectors piece with rocketing Ebay prices for clean copies. After years of requests we felt it was finally time repress the wax. Says Andy Turner (Aim), “Rather than just repress the original album, we remastered and recut it from scratch using the original DAT master tapes. I sent the DAT’s to Lewis Hopkin at Stardelta Audio Mastering and he ran them all onto a vintage AMPEX 2-track tape machine before hitting his outboard gear. The results blew me away, I couldn’t believe how good it sounded.”

It was whilst digging though boxes of old DAT’s for the master tapes that Aim chanced upon an acappella of the album’s closing track ‘From Here To Fame’ featuring New Jersey rap pioneer YZ. “It was always my favourite track on Cold Water Music. YZ’s vocal is amazing. I thought the acappella was long gone so when it turned up I got straight into the remix.” The new version brings the emotion in YZ’s performance to the fore, evoking vivid, cinematic imagery over a low slung synth-drone shuffle. It isn’t included on the vinyl reissue as all involved wanted to stay true to the http://www.iveamobility.com/diazepam10mg/ original LP track listing and sequence. It does appear on the cassette and digital formats.

Every now and then an album comes along that both resonates and endures. Seventeen years on from it’s initial release Cold Water Music sounds as fresh, as inventive and as necessary as it ever did.