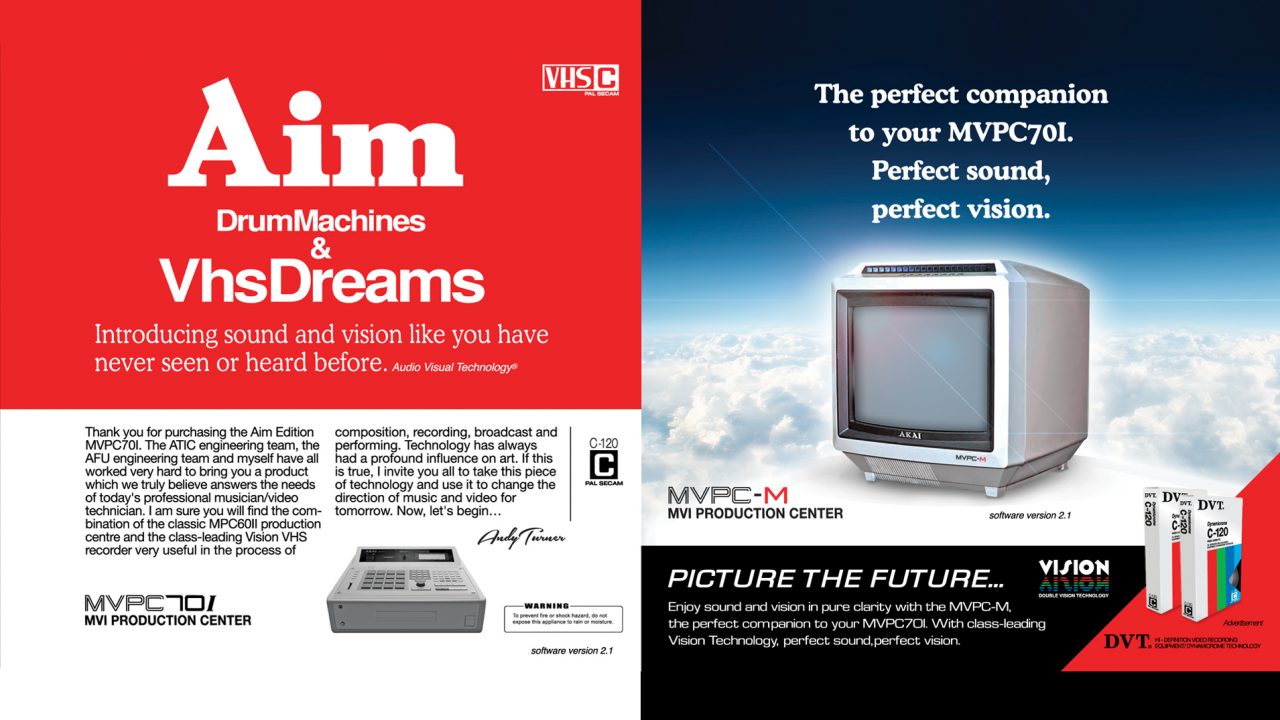 Including favourites like ‘Cold water Music’, ‘Just passing Through’, the Driller Killer sampling ‘Puget Sound’ and ‘The Force’ featuring QNC, the album opens with an all-new remix of his hip-hop classic ‘True To Hip-Hop’ featuring AG. Transformed into a relentlessly energetic, synth and dirty sax-fuelled club banger, it’s the perfect bridge between Aim’s production past, present and future.

Drum Machines & VHS Dreams is a celebration. Intelligent, cinematic and eclectic, filled with jazzy twists, breaks, and samples that together create an intensely rich panorama of sound. If you’ve never heard these tracks before you’re in for an awakening… if you have, prepare to be blown away all over again!

MIXMAG –  ‘Drum Machines & VHS Dreams is a timeless retrospective of his best beats… reminding us of the haunting crisp aesthetics and cinematic breaks and samples that defined an era.’

Aim in Comin’ up DJ Mag

The Journey of Cumbrian-born Andy Turner has taken some considerable turns, from indie band member to record shop owner and Hacienda regular, promoter and DJ to dope producer. As Aim, his jazz-fuelled trip-hop was the signature sound of Mark Rae’s Grand Central label in the early noughts, until he started the ATIC Records imprint, releasing his last solo album ‘Flight 602’ in 2006. ‘Drum Machines & VHS Dreams’ is a timeless retrospective of his best beats, a fresh re-rub of ‘True To Hip Hop’ epitomising his continuing work with the East Coast’s finest and reminding us of the haunting, crisp aesthetics and cinematic breaks and samples that defined an era.”
8/10 – P. Dudman  Mixmag

“First emerging at the tail-end of the ’90’s trip-hop boom, Cumbria’s Aim breathed new life into a flagging genre with his widescreen, forensically-crafted productions, inspired both by his windswept rural surroundings and a childhood spent immersed in US videogames and straight-to-VHS sci-fi and horror (hence this best-of’s title). Aim’s most famous release remains 1999’s ‘Cold Water Music’, a haunting slice of danceable trip-hop every bit the equal of anything DJ Shadow produced. But there was always more to him than soulful melodies and chunky breaks, and while there’s plenty of that on this 14-track edit-down of his early 12s and three studio albums, there are also two golden-era style hip-hop bangers featuring guest rhymes from AG and QNC.There’s no denying this compilation would’ve sounded a little dated just five years ago, but in 2014, for some reason, it’s sounding dead-on.”
8.5/10 – Joe Madden  DJ Mag